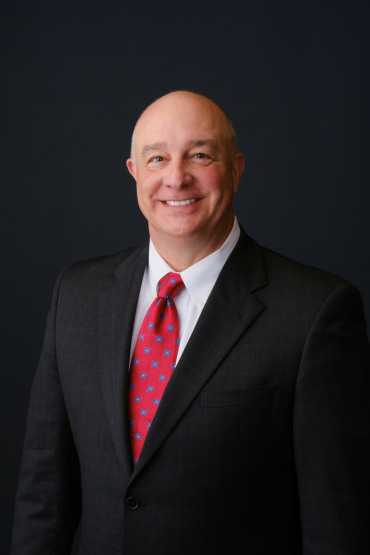 Board Certified Criminal Law
Texas Board of Legal Specialization (2009)

Who's Who Among American Law Students
(1998)

DUIDLA Spring Seminar in Austin, Texas
A View from the Bench- How to Become a Better Lawyer (2017)

Judge Case attended Tulane University School of Law in New Orleans, Louisiana after graduating from Louisiana State University in 1986. While attending law school, former Judge Case was awarded the American Jurisprudence Award in Torts for the highest grade in his class.

After graduating from Tulane, he began his legal career as a prosecutor in the Galveston County, Texas Office of the District Attorney in 1991. He served as Chief of Misdemeanor Division, Chief of a felony Court and Chief of the Bond Forfeiture Division as well as becoming a prolific trial attorney, and writing the foundation for the prosecution manual that is still used today. He left that office for private practice in 1994.

He is a member of the Bar of the United States Supreme Court, The National Trial Lawyer’s Top 100, American Academy of Forensic Scientists and a member of several national and local bar associations in the States of Georgia and Texas. He holds a black belt in the Japanese martial art of Aikido and still regularly practices and trains, although he no longer teaches.

Judge Case was elected to serve as the presiding judge of the 9th Judicial District Court in 2012, after defeating a 20 year incumbent. When taking the bench, he had two basic premises: 1) Seat only fair juries, and 2) Never let any lawyer get away with hiding or secreting evidence.

In his first 6 jury trials after taking the bench, he was personally responsible for busting the panel because he refused to seat juries devoid of minorities. He granted numerous motions to enable the defense to challenge jury selection in Montgomery County, Texas. Shortly thereafter, more diverse jury panels were obtained throughout the county.

He took over a docket that had over 30 accused citizens waiting, in jail, 5 years or more, to get to trial and was able to get all of those cases resolved within 6 months of taking the bench; most of them for time-served. His civil caseload included some of the largest cases in the county and he was able to bring the civil caseload docket control orders that swiftly controlled the case flow, enabling more citizens a much greater access to justice.

Additionally, he scheduled trials weekly in order to resolve cases that needed judicial intervention. In the year previous to Judge Case’s election to the bench, the 9th District Court had 6 trials. As the presiding Judge of the Court, Judge Case personally tried 32 cases his first year.

He was the first judge in the State of Texas to uphold the McNeely decision and found Texas law on the subject of warrantless blood draws to be unconstitutional. This decision would be upheld on numerous appeals and take approximate 3 years before the law was settled.

He is still fondly remembered as the Judge of Drug Court. He continues to be a driving force in the area of drug treatment courts and is a major supporter of drug courts, nationally.

Because of his recognized expertise in the area of blood testing and intoxication, he was appointed by Governor Rick Perry to serve on the DWI Committee for the Texas State Judiciary. This committee was responsible for the training curriculum for all of the judges in the State of Texas at numerous seminars throughout the year.

In February of 2016, Judge Case taught the Judges of Texas about the science behind blood testing and exactly how a Gas Chromatograph works. He is also co-authored of the standard discovery motion currently used since 2013 in all courts of law in Montgomery and Harris County, Texas for blood draw DWI cases.

Because of his reputation as a tough litigator and respected jurist, he is frequently in trial and travels nationwide to represent his clients. He has tried numerous civil and criminal matters after leaving the bench and is a frequently sought speaker at national, state and local legal seminars.

After having personally gone through a contentious divorce with young children, he understands the needs of people faced with a change-in-life-status. He works to ensure that his clients are successful whether they are seeking custody, alimony, child support or just wanting to get divorced. His caseload ranges from extremely large, complex divorce matters involving child support and alimony to simple, uncontested divorces.

"Judge Case has taken not only personal responsibility to make sure the referral I sent to him has been represented well, but he has taken a personal interest in her as a person. His staff has been very helpful and kind too! This is a huge deal since we speak to them a great deal. In addition, Judge Case will come to the phone to answer and speak; he does not hold himself too important to speak to anyone. He has connected her with the proper medical care to support her physical healing while he takes care of making her whole in the legal realm. I HIGHLY recommend him." Posted by Stacy

"I am currently working with Mr. Case on a Personal Injury Auto Accident case. My life has felt like it has been turned upside down due to the stress of all that's involved with an auto accident and the unexpected pain that I have been dealing with. Mr. Case has been very professional and empathetic to me. He has given me peace of mind knowing that I can trust him in the dealings with the insurance companies and medical offices. It is a blessing to know that Mr. Case is my attorney!" Posted by Ben