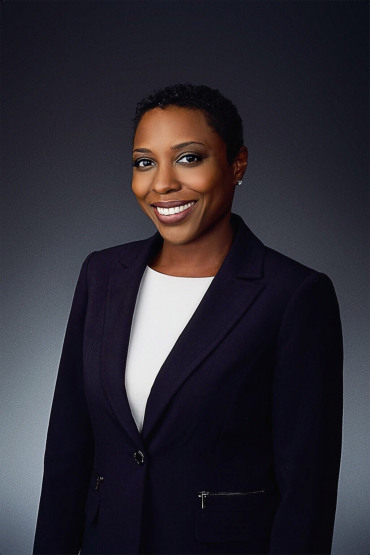 U.S. District Court for the Northern District of Georgia
Member (2002 through present)

U.S. District Court for the Middle District of Georgia
Member (2010 through present)

Television Show, "Week on the Street" - Divorce and Finances

Kristal earned her B.A. from Spelman College, majoring in political science graduating magna cum laude, and she earned her Doctor of Law from law at Emory University.  While attending Emory, Kristal worked as a law clerk and gained valuable experience in the areas of family law, criminal defense, and mediation.  In addition, while attending Emory, Kristal studied abroad in Sydney, Australia, where she did extensive work in the areas of comparative international health and environmental law.  After graduating from law school, Kristal served as a law clerk for The Honorable Lenwood A. Jackson and served as a prosecuting attorney for a number of years, and then her own practice where she was able to gain extensive practical knowledge of the courts.

Kristal has successfully represented clients in a wide variety of family law cases, including divorce, child custody, child support, equitable division, contempt, family violence, legitimation, and pre- and post-nuptial agreements. Kristal is intimately familiar with the Atlanta metro area, having worked in a number of counties including, but not limited to DeKalb, Fulton, Gwinnett, Barrow, Clayton, Cobb, Hall, Cherokee, and Rockdale. She is admitted to practice in the Georgia Superior Court, the Court of Appeals, the Georgia Supreme Court, and the United States District Courts for the Northern and Middle Districts.

A member of a number of legal organizations, Kristal is also an active public speaker. When she is not hard at work on her clients’ behalf, she enjoys staying in shape, competing in fitness competitions, and relaxing with her daughter and their family.

"Kristal handled my case with the utmost care and respect. She made me feel important and as comforted as I could possibly feel about my situation. She was honest with me about everything throughout the entire case. She has a passion for her clients and for the practice of law. Needless to say I am so grateful for my outcome and know she truly gave her all. I found my attorney, and I would recommend her to absolutely anyone who needs legal attention". Posted by Stephanie

"Attorney Holmes took over my case two days before the hearing. Attorney Holmes was aggressive with opposing counsel and methodical with presenting support evidence. Attorney Holmes is very organized and noticed mistakes of previous counsel. I would most certainly recommend her to anyone going through a similar situation." Posted by Anonymous