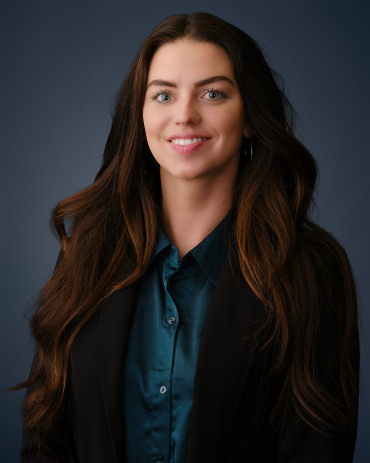 Kayla L. Upchurch is an associate attorney with Meriwether & Tharp. Kayla graduated summa cum laude from Georgia College in 2015 with a Bachelor of Arts in Political Science and a Pre-Law concentration, with a Minor in History. After accepting a full athletic scholarship, Kayla joined the Georgia Southern University women's basketball team and then transferred to Georgia College. At Georgia College, Kayla was selected to the Peach Belt Conference All-Academic Team each year, as well as to the Capital One Academic All-District Team in her senior season. Kayla qualified for the President's List every semester, and she was the class of 2015 commencement speaker and Valedictorian at Georgia College.

After graduating from Georgia College, Kayla immediately began working as a legal assistant with Meriwether & Tharp and subsequently accepted internship positions with an international sports management company and then with Governor Deal's Office of Policy and Legislative Affairs before entering law school.

Kayla graduated from the University of Georgia School of Law in 2019, where she was an active member of the Family Law Society and the Women Law Students Association. She was a Tara Baker Memorial Scholar and was also chosen as a Dean's Ambassador for the law school. During her time as a "Law Dawg," she worked as a summer associate at Meriwether & Tharp, as well as a legal intern with the City of Roswell, Georgia. In her last year at UGA Law, Kayla worked as a law clerk in the Governor's Office of Executive Counsel and then with the Honorable Judge Philip C. Smith in the Bell-Forsyth Judicial Circuit.

On a personal level, Kayla resides in Alpharetta, Georgia. Kayla enjoys frequenting coffee shops and spending time with her family and three beloved dogs, Jack, Bella, and Titus. She is also an avid sports fan, especially for Atlanta United FC, the Atlanta Hawks, and the Atlanta Falcons.